The two attorneys who spoke on Monday represent eight of the indicted officers.

AUSTIN, Texas — At least 19 Austin Police Department officers have been indicted for their use of force during the 2020 protests that broke out in Austin amid nationwide demonstrations.

The officers have been placed on administrative duty until their cases are resolved.

A grand jury reviewed 21 Austin police officers’ actions during the protests that happened after the deaths of George Floyd and Mike Ramos in 2020. More indictments may come as officers and attorneys are notified of other potential indictments.

According to documents released by the Travis County District Attorney’s Office, the cases considered by the grand jury focus almost exclusively on the use of “less lethal” bean bag rounds.

On Monday, Feb. 21, several days after the initial indictments, two attorneys representing eight of the indicted officers held a press conference. Doug O’Connell and Ken Ervin spoke at a Downtown Austin hotel on behalf of their clients.

The pair of attorneys already represented several other law enforcement officers who have been indicted by the Travis County DA’s Office, including APD Officer Christopher Taylor and Williamson County sheriff’s deputies Zach Camden and J.J. Johnson. O’Connell and Ervin represent the following officers who were indicted last week:

The attorneys also said they represent additional officers that they believe DA Jose Garza is “targeting” in relation to the protests. However, those cases haven’t yet been presented to a grand jury. 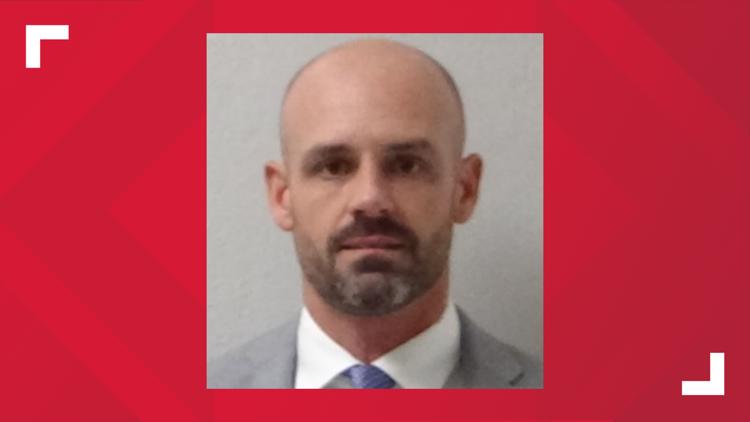 O’Connell said that each of the officers he and Ervin represent have been charged with aggravated assault by a public servant, a first-degree felony. They believe the majority of their clients’ charges stem from when they were ordered to clear the Interstate 35 bridge of protestors. They stated that not all of their clients fired bean bag rounds themselves.

All of the attorneys’ clients reported to jail where they were processed before they were released on $1 cash bonds. There are no additional bond conditions. The attorneys also said they have no reason at this time to believe that their clients will face additional charges.

“Our officers worked as many as 12 straight days, up to 120 hours of overtime, in addition to the normal shift hours they would otherwise work. They were asked a tremendous amount,” Ervin said. “During their work with the riots, our officers were struck with frozen water bottles, water bottles filled with urine, glass bottles, rocks, exploding fireworks and one Molotov cocktail, which was attempted to be thrown but was caught before it was lit and thrown.”

Ervin said multiple orders were given to the protesters on Interstate 35 to vacate the bridge. He said those who followed orders were safe, but those who did not placed themselves in danger. He also said that the officers who fired bean bag rounds did so lawfully.

“These aren’t a few rogue officers doing what they wanted to do. The actions they took on the bridge, deploying the bean bags, were in full view of the chain of command. They were commonly accepted tactics and a proper use of the bean bag [rounds] that you can find anywhere across this country,” Ervin said. “It is not an illegal act to use the bean bag round in this capacity.”

The attorneys said that Garza has admitted to them that he is unable to determine in some circumstances which officer struck certain people with the bean bags and therefore he “simply indicted every officer who possibly fired in that direction.” The attorneys called the indictments a “broad overreach.”

However, they stated that, to them, a more troubling aspect of the indictments is that APD investigators, use-of-force experts, “people with decades of knowledge” were “systemically excluded” from conveying information to the grand jury.

Attorneys for 8 of the officers said in a news conference that the majority of the cases happened when they were ordered to clear I-35. “Our officers faced exceptionally challenging circumstances,” attorney Ken Ervin said. pic.twitter.com/mMdK4cK9eu

The attorneys also stated that they believe the charges against the officers are political because Garza “ran on a campaign pledge of targeting police officers.”

O’Connell and Ervin said that each of their clients has a very preliminary court date set already. O’Connell said nothing significant will happen at those dates, with one exception: They will ask to go onto the jury trial docket. He said because of the pandemic backlog and the courthouse remaining closed, they think these trials are over a year away.

According to the DA’s office, there are currently 19 officers involved in pending cases involving use of force during the protests that are being presented to grand juries. The Travis County Sheriff’s Office gave booking and bonding information for some of the reported names:

On Tuesday, the Greater Austin Crime Commission said it believes the tactics used by the officers were within department policy and state law.

“Indicted officers are placed on administrative duty, which means they can’t perform law enforcement responsibilities. What damage has or will be done to their careers and reputations?” the organization said in a statement.

It accused Garza of taking actions that “have caused concern.”

“If these charges are unfounded, the community will hold the district attorney accountable,” the organization said. “These indictments bring serious consequences. Police morale, recruiting, and staffing are already suffering.”

The same day the indictments came down, the City of Austin settled two lawsuits worth a total of $10 million. A total of $8 million was awarded to Justin Howell, which is the largest settlement amount ever paid for a use-of-force case in Austin’s history.