Cheryl Daniels is among the most volunteer-minded lawyers in Wisconsin.

The president of the State Bar of Wisconsin, Daniels is the third consecutive woman to serve in the post, which oversees the 25,000-member professional organization for licensed attorneys in the state.

Daniels, who is originally from Buffalo, New York, and completed her law degree at UW-Madison, started volunteering with the State Bar in the 1980s while working as an attorney with the state Department of Agriculture. In a pinch for resources while overseeing a project on distressed farmers, Daniels contacted the State Bar, which had long wanted to start an initiative focusing on farmers.

“I realized how many resources the State Bar really had available in terms of people power, in terms of the members, in terms of the staff, and because we are an integrated bar, having that ability to put together projects that hopefully would benefit lawyers and the public,” Daniels said.

Though in her two years as president, Daniels has above all pushed the State Bar to reimagine how it approaches diversity and inclusion in the legal field.

In September, the State Bar released its task force report on racial justice, which dovetails with two other reports on lawyer well-being and the state of the profession outside Wisconsin’s population centers.

With her tenure as president ending in June, Daniels hopes the legal field continues to prioritize diversity efforts to better represent all walks of life in the state.

It’s been a few months since the racial justice task force report and its recommendations. Where’s the implementation of that at today?

We already have a petition to the Wisconsin Supreme Court to make sure that all these types of programming that we need as lawyers for our continuing legal education can include the ones that really are dealing with diversity in action.

It isn’t just an ethical issue. It’s an issue across how do you be a better lawyer for your clients and how do you be a better lawyer within your organization? We are also looking at updating our Diversity, Equity and Inclusion Action Plan. We’re also going to train all of our 58-member board of governors. They’re going to be trained on what is the plan going forward. How do we make sure that we are diversifying, bringing people up, giving them access and inclusion and making that part of our decision-making authority?

But we also have to ask for any of these things that need working on within the Legislature. An example of that is expungement reform. We have an expungement law in Wisconsin, but it doesn’t work well. The Assembly over the last two sessions has passed it, and we’ve worked on it very hard. It’s been stalled in the Senate, and we’re not entirely sure why. Because there seems to be a lot of senators who do understand, from both sides of the aisle, that a single bad thing that happened shouldn’t color the rest of your life, including things like being able to get a license for a profession, being able to move. So we need to keep telling those stories to the Legislature, so that they understand that this affects a lot more people than they realize. It affects their constituents.

With so many women in leadership at the State Bar, what do you think the impact of that is?

I think we’d love to believe that the bad old days of things happening to women or not being listened to are away. But we know that’s not true. The power centers still tend to be male. I think you’re seeing a true shift in that. But it’s still not there in terms of the big organizations. So we’ll see if the pandemic does help with some of that, to keep women moving.

I think we’re we’re doing better, although we were looking at some of the diversity statistics at the law schools, and they’re not great at our two law schools. There are things that the bar can’t do alone. One of the things we can’t do alone is really grow that diverse group of people who will become lawyers within our state. It’s hard. People also have to think about diversity, because they immediately think of just Black and brown attorneys, but there’s tribal members who are unrepresented, people from poor areas of the state who don’t see themselves as lawyers. The more you get people with diverse backgrounds, the better off you are in representing the diverse clientele that you’re going to have.

Can you explain the attorney shortages happening in smaller, less populated parts of the state?

So we’ve got an aging population of lawyers. We have more young people who gravitate towards population centers. So they don’t see themselves as being in the much smaller communities. You have to kind of do some homegrown-ness where people feel comfortable being in a small community, and using our population centers that maybe aren’t as big: your Eau Claires, your Plattevilles, Racine as opposed to Milwaukee — your Beloits, your Marinettes. The attorney who’s helping to spearhead this implementation of this Greater Wisconsin Task Force, she said having coworking spaces in the smaller communities where lawyers could come one day a week and say, “I’m going to be in this community here. So I can meet with you personally.”

We find that the immediate crisis is also in criminal law. We need assistant district attorneys and state public defenders in there, and when there’s conflicts, that we have attorneys that can take cases privately. That is a constitutional issue. You have to be able to give people the right to their trial, to their day in court, and not be sitting in jail waiting for your trial for months or years because the infrastructure isn’t there. Every county in the state has to have that ability.

Art of the Everyday: A recap of March in photos from Wisconsin State Journal photographers

UN seeks to broker civilian evacuation from ruins of Mariupol, while Russia continues offensive in Kharkiv

Sat Apr 30 , 2022
Though artillery hearth, sirens and explosions were heard Friday in some metropolitan areas, the United Nations sought to broker an evacuation of civilians from the ruins of Mariupol, the place the mayor stated the scenario inside the steel plant that has turn out to be the southern port city’s very last […] 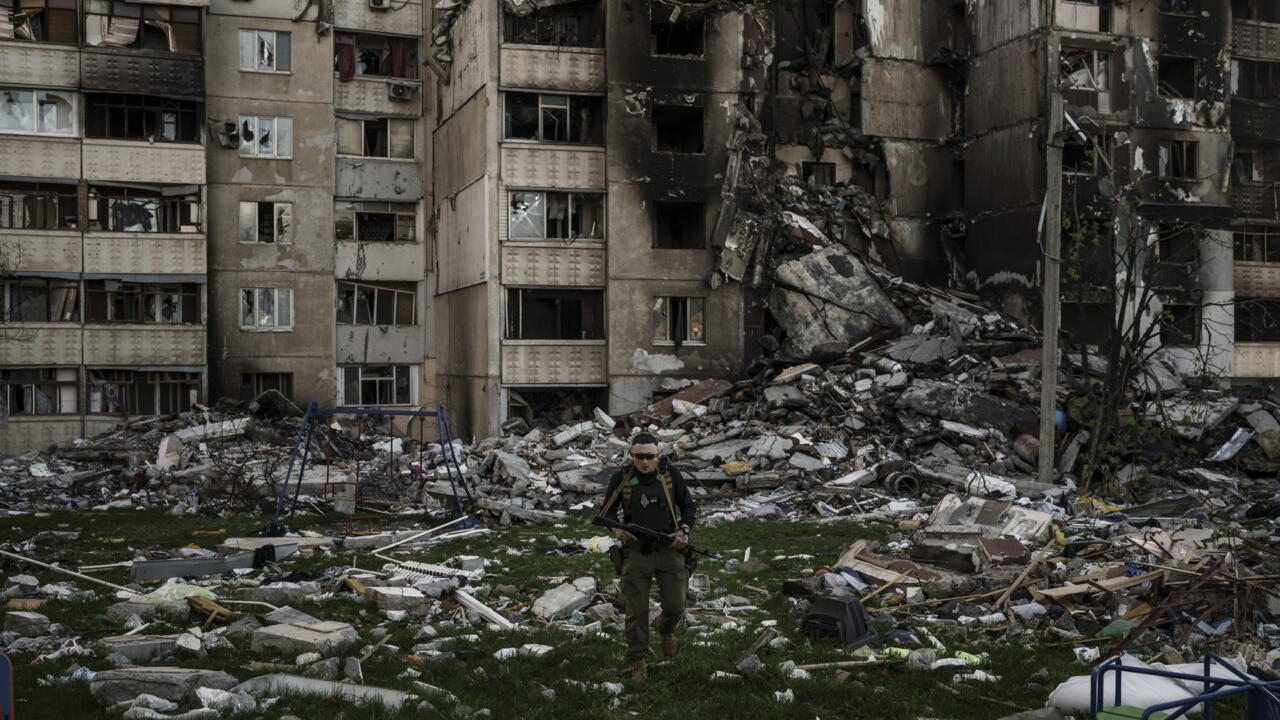