After waiting years for the first day of legal weed sales in New Jersey, waiting in line a little longer was no problem for marijuana enthusiasts Thursday morning .

Voters in the Garden State approved recreational marijuana legalization in November 2020 and on Thursday 12 dispensaries opened for business.

The dispensaries that opened the earliest did so with music, balloons and excitement from the people who waited in line. It’s worth remembering that marijuana legalization still has restrictions in New Jersey, which can be found here.

“Today is the start of an entirely new industry for our state,” Gov. Phil Murphy tweeted Thursday morning, “and a historic moment in our work to advance social and economic justice.”

Here’s how the first day of sales look in New Jersey:

At the RISE Medical & Recreational Marijuana Dispensary in Bloomfield, customers were happy about the opportunity to finally legally purchase weed.

“I’m just happy to be here,” Newark resident Manny said. “Marijuana has done wonders for me in my life. Helped me with a lot of things and struggles and depression and kept me off, you know, prescription medication.”

He also touted the tax revenue that could be brought in through marijuana sales to help fix roads and pay for schools.

Jay from Kearny was glad that New Jersey residents will have a choice to smoke marijuana legally.

“To each his own,” he said. “Everyone should have the right to make their own decisions.”

Bienvenido of Bloomfield said he has been smoking weed for 60 years and said positive things about the new law.

“That’s good for the country,” he said.

Line wrapped around the building in Bellmawr

Curaleaf was prepared Thursday. With experience in nearly two dozen other states, the company anticipate huge demand on this historic day in the Garden State.

The line at its Bellmawr facility wrapped around the building, with most customers saying their wait was around two hours.

“We’ve been working toward this for a number of months,” CEO Joe Bayern said, “not only working with legislators and regulators, but staffing up. We brought in extra help; we made sure that we had extra product on the floor to be able to service the needs of our customers. We’re excited to see the turnout.”

For medicinal customers, there was a much shorter line and the buying experience was the usual in-and-out they’ve come to expect.

But most customers, including 68-year-old Robert Smith of Carneys Point Township, were there for recreational purchases.

“About time,” he recalled saying when he first heard that April 21 would be the day. “It’s been approved for over a year now. It just took a long time for the rollout to get started. Now, hopefully, everything will be easier and move along smoothly as more mom-and-pop shops open up.

Customers had to show identification to prove they were at least 21 years old. Staff distributed handheld menus to those waiting in lines, so they could place an order more quickly when they reached a register. The dispensary also offered a mobile order option.

Michael Nichols, 42, said the buying experience was “sort of like Starbucks.”

“I’ve done it in other places, in other states,” the Cherry Hill resident said, “but it’s cool to do it in Jersey.”

Ascend Wellness sits tucked into a strip mall in between a fishing tackle outlet story and a public storage leasing office on one of North Jersey’s busiest highways – Route 17. But, on Thursday morning, the only visible sign of and change was a cop car with flashing lights and an electric traffic sign saying, “appointments only.”

Mike Conway, the regional vice president for the company’s retail operation in New Jersey and Massachusetts, said it was no accident that there wasn’t a line or traffic. One of their main focus was being a good neighbor in Rochelle Park and to not create traffic. The Rochelle Park police officers were hired for traffic and they work together often.

About five people waited outside for a couple of minutes before they were brought into the check-in room where Krispy Kreme doughnuts, coffee and balloons.

There were about 1,500 appointments scheduled for today as of 9:30 a.m. with the potential to jump to 2,000. Depending on product stock, the dispensary can take up to 2,500 appointments a day.

The first legal sale happened at 8 a.m. by a staff member who’s been with the company for years, first working in Montclair and now an assistant manager.

There was a spectrum of customers to people in there 20’s to older customers.

Joe Russo, 75, of Rochelle Park, said he had a great experience and was excited to “get high”. Russo said he made an online purchase, but was able to add on at the register after talking to a staff member. He bought a pre-rolled and a cartridge.

On their way out, customers left with smiles on their faces and congratulated staff members as they left saying “this is awesome.”

Other customers took selfies and documented their experiences on their phones.

A Lincoln Park man, who started smoking in 1972, walked in and said, “I’ve waited 50 (explicit) years for this.” He said he’s looking forward to smoking after a long day’s work.

They got a tote bag, a T-shirt and a handshake from the mayor — and that was all before they walked in the door to become some of the first people in New Jersey to buy legal weed.

The Apothecarium, which opened as a medical marijuana dispensary in downtown Maplewood last year, opened up for adult use marijuana sales on Thursday alongside 12 other dispensaries across the state. The first few recreational customers arrived a little before 7 a.m., more than two hours before the doors officially opened.

South Orange resident Brayal Williams had visited legal weed dispensaries but was excited to purchase an eighth-ounce of Grease Monkey at a dispensary just a few minutes from home.

“I’d put my excitement level at about 11 out of 10,” he said a few minutes before the doors opened.

Maplewood Mayor Dean Dafis greeted each of the first few customers, roiling up the crowd into cheers before opening the door.

“It’s legal, it’s decriminalized and it’s the right thing to do,” he said.

Nearly two-thirds of municipalities in New Jersey completely opted out of the adult use cannabis industry, which Dafis said was a missed opportunity. Since opening in May 2021, the Apothecarium has hosted or sponsored community events, including information sessions about expunging criminal records, substance abuse and its link with domestic violence.

At about 3:30 a.m., 23-year-old Daniel Garcia of Union City arrived at the RISE cannabis dispensary in Paterson on Thursday morning with a chance to make history as the first person to buy legal weed in New Jersey.

The parking lot was dark and empty, and Garcia started having doubts.

“I thought maybe I got here too early,” he said.

Garcia covered himself in a blanket and waited outside the dispensary, while his friend, Carlos Andrade from North Bergen, slept in the car. Within 90 minutes, other people started showing up. Gradually, dawn came.

By the time RISE launched its recreational marijuana sales at 6 a.m., more than 40 people were in line, winding around a portable cue set up beneath event tents. A musician played calypso and reggae music. More than 70 boxes of doughnuts – some special-order decorated with green marijuana leaf images on their icing – were free for anyone with the munchies.

One other dispensary was scheduled with the same 6 a.m. starting time, the one operated by RISE in Bloomfield. Company representatives said they would not be keeping track which store completed the first official sale.

Tony Marrero from Garfield was the third person in line. He said he had come to Paterson many times to buy weed, but this was the first he was doing it legally, without fear of being arrested by the police officers stationed at the parking lot entrance.

“I’m excited, I feel like a kid in a candy store,” Marrero said. “Give me some of that, and some of that and a little of this.”

Brice Laquan, the man after Marreo in line, had made a two-hour drive from Delaware to buy legal weed in Paterson. “I wanted to see what it was all about,” he said, noting that he found the highways in the Garden State a little daunting.

The first 23 people in line were men, a streak broken by 43-year-old Lianna Valez of Kearny.

“I’m the first woman? Get out,” she said, breaking into a big smile. “You just made my day.”

At the RISE Medical & Recreational Marijuana Dispensary in Bloomfield, customers were happy about the opportunity to finally legally purchase weed.

“I’m just happy to be here,” Newark resident Manny said. “Marijuana has done wonders for me in my life. Helped me with a lot of things and struggles and depression and kept me off, you know, prescription medication.”

He also touted the tax revenue that could be brought in through the marijuana sales to help fix roads and pay for schools.

Jay from Kearny was glad that New Jersey residents will have a choice to smoke marijuana legally.

“To each his own,” he said. “Everyone should have the right to make their own decisions.”

Bienvenido of Bloomfield said he has been smoking weed for 60 years and said positive things about the new law.

“That’s good for the country,” he said.

There are 12 dispensaries open for marijuana sales on Thursday. The locations are:

Reporter Mike Davis of the Asbury Park Press followed the process of marijuana legalization for years. In this Q&A he answers all your questions ahead of Thursday’s opening.

Kristie Cattafi is a local reporter for NorthJersey.com. For unlimited access to the most important news from your local community, please subscribe or activate your digital account today.

Latest from Plague Island: the "moral emptiness and epidemiological stupidity" of Johnson and Javid

Fri Apr 29 , 2022
Immediately after 18 months of serial negligence, the latest selection by Boris Johnson and Savid Javid to allow the Covid-19 virus at last rip through a nonetheless mainly unvaccinated inhabitants confirms the real extent of this government’s depravity. The darkish implications of their coverage have been laid out in a […] 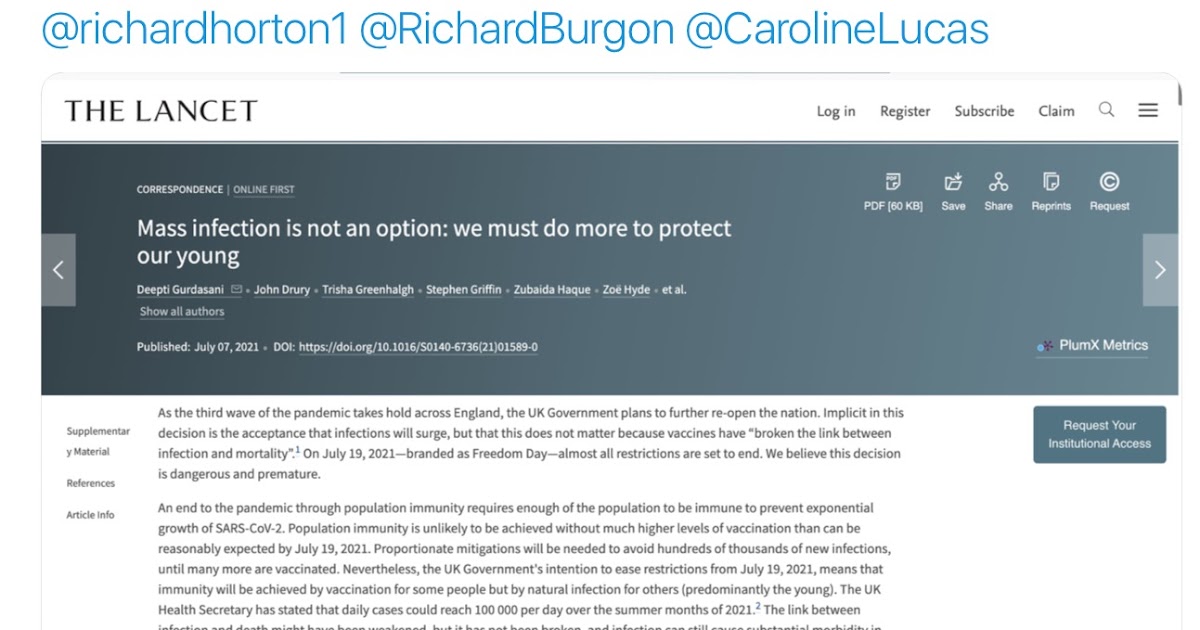