April 21 (Reuters) – Florida lawmakers on Thursday gave their final approval to a bill ending Walt Disney Co’s(DIS.N) designation as a self-governing entity in an apparent response to its opposition to a new state law limiting the teaching of LGBTQ issues in schools.

Losing the designation may represent a big blow to Disney’s sprawling Orlando theme parks, which for over half a century have managed to operate with a high degree of autonomy, with the freedom to control everything from road maintenance to building projects.

Even so, experts say the financial impact of the legislation on the company and the state is still unclear.

Governor Ron DeSantis, a potential 2024 Republican presidential nominee who fiercely backs the ban on classroom instruction on sexual orientation and gender identity for children under age 9, is expected to sign the bill into law.

The bill would effectively strip Disney of a status that allowed the company to self-govern an area of roughly 25,000-acres in Central Florida where Walt Disney World resort is located.

The area called the Reedy Creek Improvement District encompasses four Disney theme parks, two water parks and 175 miles of roadway, and functions like a county government, providing services such as fire-fighting, power, water and roads within the Orange and Osceola counties.

Disney, whose Florida resort is known the world over for its pristine streets, colorful rides and family-friendly image, in turn gets relief from taxes and fees.

The special status also allows the district to issue bonds with tax advantages to pay for improvements and for Disney to avoid the process of obtaining building permits for some projects.

The Florida Parental Rights in Education legislation is one of a series of moves by Republican-controlled states to enact new restrictions on public education in the run-up to the midterm elections later this year.

Supporters say such measures give parents more control over their children’s education, but opponents say they mostly unfairly infringe the rights of transgender and other marginalized students.

Disneyinitially failed to publicly oppose the legislation, prompting criticism last month by many in the LGBTQ community and some employees. Later Disney condemned the law and said it would suspend political donations in Florida pending a review. read more

In a surprise move, DeSantis asked the legislature to consider the bill to strip Disney of its status during a special session he called this week. It was filed and passed within just three days. The change would go into effect in June 2023.

“By trying to bring California values to Florida, Floridians have said, ‘All right, you’re a guest in our state. Maybe you don’t deserve special privileges anymore,'” state Representative Randy Fine, a Republican who is lead sponsor of the bill, told CNBC.

On Thursday, the Florida House of Representatives voted 70-38 to do away with the special tax district created by a 1967 law that allows Disney to self-govern the Orlando area. On Wednesday, the state Senate approved the measure by a 23-16 vote.

DeSantis, an ally of former President Donald Trump who has also courted conservative voters on issues such as immigration and abortion, did not immediately comment on the bill’s passage, nor did Disney.

Disney is historically a major political contributor in the state. In the 2020 election cycle, the company donated $4.8 million in total, including campaign funds to more than 100 individual Florida legislative members, some of whom sponsored Thursday’s legislation, state records show.

But its opposition to the new law, dubbed “don’t say gay” by opponents, set off a storm of condemnation against the company by many Republicans. read more It takes effect on July 1 and also prohibits such teaching that “is not age appropriate or developmentally appropriate” for older students. It is being challenged in court.

It is unclear if the state or the company will be harmed most by Thursday’s move, as Disney is a major local employer andcontributor to the state’s coffers, with around 70,000 staff.

The Walt Disney Resort paid $780.3 million in state and local taxes in 2021, according to a fact sheet commemorating the 50th anniversary of the theme park.

“Yes, Disney pays a lot in taxes, but when you add up the numbers, it pushes a lot of the tax burden onto local taxpayers,” he said of the bill.

Disney already received many of the benefits from the special district in getting the park built and could come out ahead financially by shifting the cost of maintenance and services to the local jurisdictions, said David Ramba, executive director of the Florida Association of Special Districts.

“They get to control the level of service versus leaving it to a county government,” Ramba said.

Episode 105: Challenging the Officer Hand Off

Tue Apr 26 , 2022
Now on the podcast Jake discusses 1 of the most crucial parts of DWI Protection for the reason that of the frequency with which it is used by regulation enforcement: the officer hand off. Quite a few DWI investigations start off with a halting officer who has limited training in […] 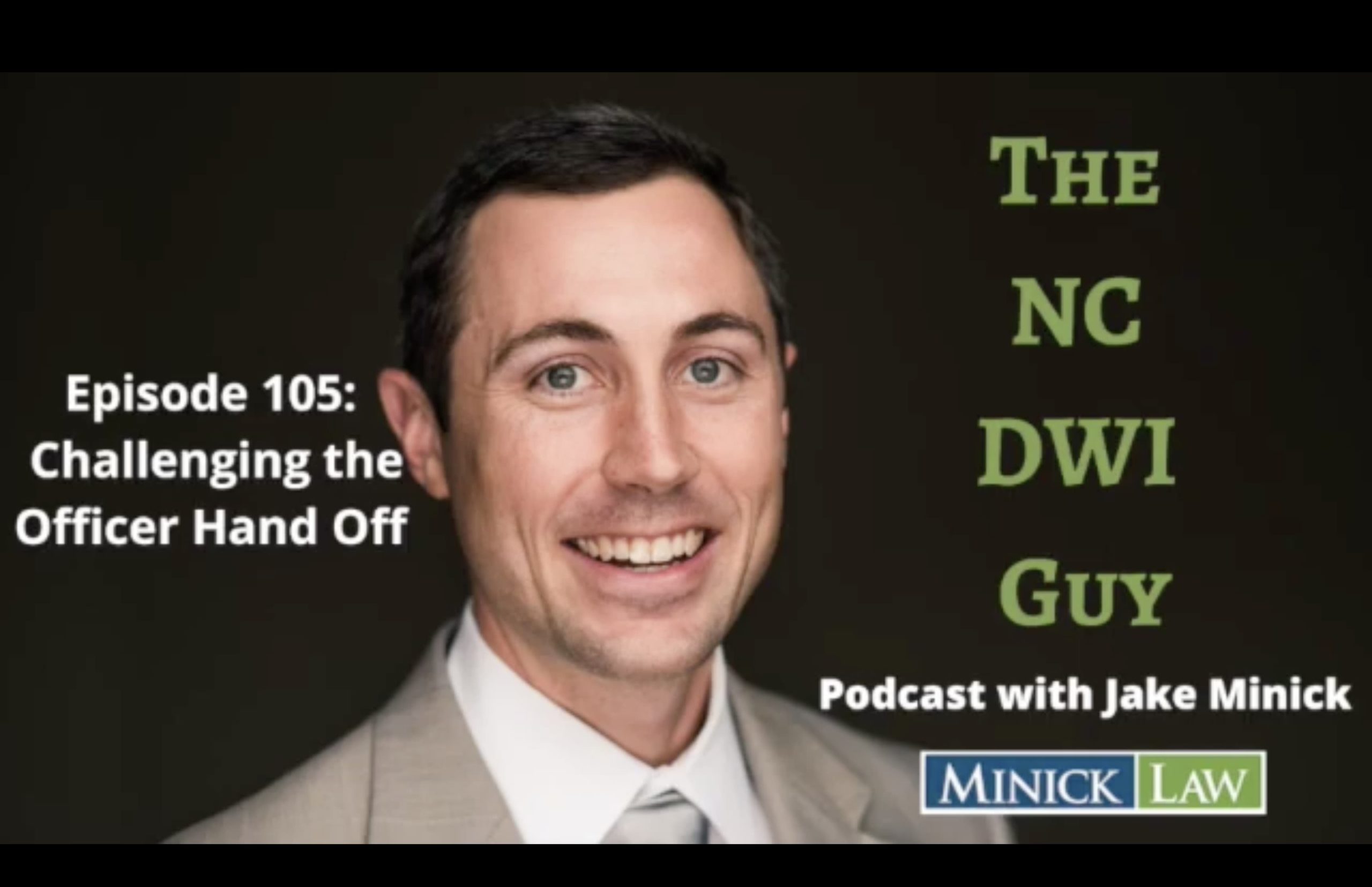