The 2020 election in Florida produced a record turnout of voters and saw Democratic voters surpassing Republicans in the use of vote-by-mail ballots.

But in the Capitol, the GOP-dominated Legislature quickly moved to overhaul how Floridians vote. A bill passed last year (SB 90) imposed new rules for requesting a ballot, restricting the use of drop boxes and prohibiting third parties from providing water to voters waiting in line.

The League of Women Voters of Florida, the NAACP and others filed suit, alleging the bill aims to suppress the minority vote.

Walker wrote that Republican legislators and cabinet officials over the last 20 years have given in to the temptation “to secure their own position by enacting laws targeting Black voters … because of their affiliation with the Democratic party.”

The blowback from legislative leaders was quick and fierce.

House Speaker Chris Sprowls, R-Palm Harbor, said Walker relied on leaps of logic, unsupported inferences and the “uncritical and complete acceptance of the comments of Democratic lawmakers, and a total disregard for other viewpoints” to reach such a conclusion.

Senate President Wilton Simpson, R-Trilby, said he was appalled by the ruling and called it unprofessional, inaccurate, and unbecoming for a judge, adding the “Florida Senate looks forward to continuing to advocate for fair, free, transparent and secure elections.”

Gov. Ron DeSantis said he expected an unfavorable ruling from Walker, an appointee of of President Obama, calling it “performative partisanship.”

“I don’t think there’s any question that it will be stayed and reversed …This was way, way outside the bounds of what the current law is … Those ballot boxes have got to be safeguarded.”

The 11th Circuit Court of Appeals handles cases from Florida; half of its 12 judges were appointed by President Trump.

“Well, this is a judicial equivalent of just pounding the table.”

Walker, however, concluded that the new law is another link in Florida’s “grotesque history of racial discrimination.” Here are other points the judge made in his 288-page ruling:

Need for the law ‘difficult to pin down’

“The exact justification for SB 90 as a whole, and for its constituent parts, is difficult to pin down, with sponsors and supporters offering conflicting or nonsensical rationales. Indeed, as Senator (Gary) Farmer testified, the rationale for SB 90 was perhaps the most (elusive) answer we faced.

“Representative (Blaise) Ingoglia, (the House sponsor) explained that he saw no issues with election integrity, and that SB 90 was really about consistency in election administration. … Generally, SB 90’s sponsors struggled to identify a specific problem they were seeking to address.”

The bill’s “proponents could not even explain how SB 90 would reduce voter fraud … Nor was there any evidence before the Legislature that fraud is even a marginal issue in Florida elections.

“Defendant (Secretary of State Laurel) Lee testified before the Legislature that she was not personally aware of any instance in which a person received another person’s VBM (vote by mail) ballot and used it.

Supervisors of elections didn’t want it

“Supervisor (Mark) Earley (of Leon County) likewise testified that ‘on balance, we are against this bill vehemently.’ And Sen. (Jeff) Brandes, a Republican, stated that ‘to my knowledge, not one Republican supervisor has stood up and … said they support this piece of legislation.’

“… Supervisor (Brian) Corley (Pasco County) was blunter: “I have so much I want to say about the motives, intent and content of this election bill but, to be honest, (I’m) beyond disillusioned. So, I’ll keep my piehole shut.’

“Tellingly, the Supervisors’ legislative priorities moving forward largely involve repealing some of SB 90’s provisions. In summation, the Supervisors did not ask for SB 90, did not want SB 90, and did not like SB90.

(Walker found in 2020, 61% of Democratic voted by mail, compared to 42% of GOP voters – and SB 90 provisions specifically targets Blacks who vote by mail.)

“Suppressing just 1% of Black voters, or 19,381, would on average suppress 17,433 Democratic votes, and thus could easily swing an election … Democrats are more likely to use drop boxes. If the Legislature had targeted Democrats writ large, it would have simply banned drop boxes … but this is not what the Legislature did; SB 90 effectively bans drop box use at the specific times and the specific days that Black voter, not all Democratic voters are most likely to use them.”

“Sen. Baxley, acknowledged on the Senate floor that SB 90, particularly its drop box provisions, would have a disparate impact on Black voters. The evidence before this Court proves him right … Sen. (Gary) Farmer testified that he repeatedly conveyed his concerns about SB 90’s disparate impacts to Senate President Wilton Simpson and to Senate Rules Chair Kathleen Passidomo.

“Indeed, Senator Farmer testified that he specifically discussed the disparate impact the drop-box provisions would have on minority voters—to no avail. He did the same with each of the individual challenged provisions. Senator Farmer added that, in these discussions, his Republican colleagues never denied that SB 90 would have a disparate impact on minority voters.”

James Call is a member of the USA TODAY NETWORK-Florida Capital Bureau. He can be reached at [email protected] Follow on him Twitter: @CallTallahassee

Never miss a story: Subscribe to the Tallahassee Democrat using the link at the top of the page.

Tue Apr 5 , 2022
A lot less than two months immediately after previous Dolphins coach Brian Flores filed a lawsuit towards the NFL and three franchises alleging discrimination in league employing practices, commissioner Roger Goodell and the league business office declared the creation of a new “Diversity Advisory Committee.” In an official launch on […] 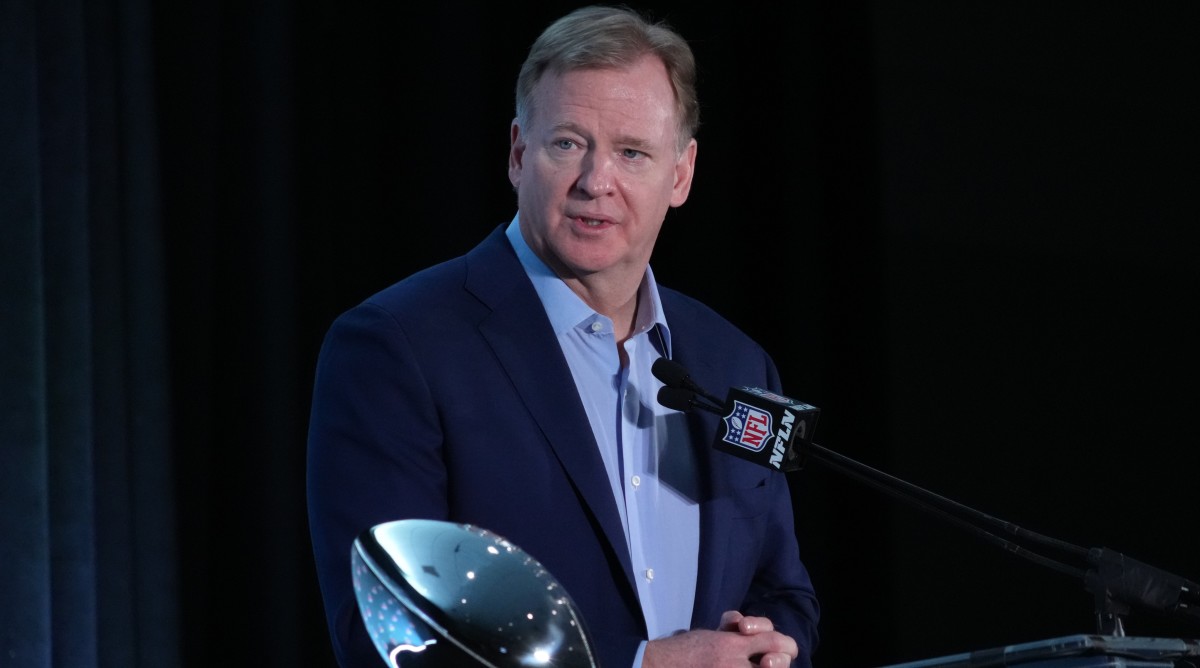